Black Lives Matter, Stop Asian Hate and #metoo have named and fight against anti-Black and anti-Asian racism as well as sexism, sexual harassment and homo-/transphobia. Building upon these and other activist initiatives, this showcase is concerned with the multifaceted struggles to bring about social change and creative justice. The speakers address the importance of memories and histories that challenge and subvert hegemonic narratives of popular music’s past and outline a broad range of decolonial, queer, and feminist practices by artists, musicians, activists, and archivists. In this way, the speakers propose different and new ways for understanding the interconnections between music, inequalities, and activism in the past and present.

With hip-hop cultural memorabilia currently being auctioned globally by multinational auctioneers, Sotheby’s International, and with museums such as the Smithsonian in the United States and universities such as Harvard collecting and exhibiting elements of the culture’s history, one must wonder what happened to the once rebellious youth counterculture. This leads me to ask, “how has hip-hop been so easily captured by, and integrated into colonial era institutions and elite ivy league universities?” In this talk, attention is focused on exploring the role of hip-hop archives and the possibilities for ethical acts of preservation as a form of activism. With a focus on the role of artists, local cultures and hip-hop practitioner preservation strategies, possibilities emerge for a decolonizing of archivist methods and archive design in the preservation of this subculture.

Mark V. Campbell is a DJ, scholar and curator. His research explores the relationships between Afrosonic innovations, hip-hop archives and notions of the human. He is currently the Principal Investigator in the SSHRC funded research project “Hip Hop Archives: The Poetics and Potentials of Knowledge Production” and founder at Northside Hip-Hop Archives. Mark is Assistant Professor of Music and Culture at the University of Toronto Scarborough, Associate Chair of the Department of Arts, Culture and Media and holds Research Fellow positions with the Laboratory for Artistic Intelligence and the Research Centre for Music, Sound and Society in Canada.

Jamika Ajalon is an interdisciplinary artist and author whose recent debut novel “Skye Papers” (2021, Feminist Press) has won critical review (New York Times / Kirkus Review). Her poetry and lyrics have manifested in more than a dozen albums, including the newly released “Rebooted” (Jamika & the Argonauts 2022). Most recently, she has finished her experimental sonic poetry ep “Fugitive” (TBA 2022), based on her book of poetry “Take Back the Narrative” (2017). Her single screen sonic video “Alchemy of Cuts” was part of the Witches Expo at the Center of Contemporary Arts 20-22 in Berlin.

Kem Kolleritsch is a queer and trans activist, performer and composer from Vienna. In their current rap project Kerosin95 they focus on challenging heteronormative structures and gender norms. An important part of their work centres trans joy and rage while creating spaces in which trans folks can feel seen and appreciated.

Esra Özmen is best known as the rapper of the hip-hop duo EsRAP. Through their releases and concerts EsRAP have developed into a role model of Austrian resistant pop art with a migrant background. Esra graduated from the Academy of Fine Arts Vienna in 2016 in the post-conceptual art class.

Wolfgang Schlögl is a musician, producer, curator and lecturer working in a zone between popular music, contemporary classical music, improv and technological artistic concepts. From 1997 to 2014 he has been a member of the experimental pop group Sofa Surfers. Since 2003 he worked on theatre music in international contexts and composed various TV and film scores for international and Austrian productions.

Shilla Strelka is a curator, concert organizer, festival maker, lecturer and cultural journalist, based in Vienna. She founded the event series Struma+Iodine in 2012, curates the transdisciplinary Unsafe+Sounds Festival since 2015, Klangraum Krems Minoritenkirche and co-curates the Elevate Festival in Graz. She worked for mica – music austria, Austrian Music Export and Editions Mego.

Gerald Wenschitz is a techno DJ, producer, party organizer and LGBTIQ+ activist. For the last 13 years his events have made a significant contribution to Vienna’s nightlife. As a DJ he is travelling the world, playing at some of the best techno clubs such as Berghain Berlin. He just released his debut album “Snacks”. His political statements can sometimes border on being provocative, to say the least. 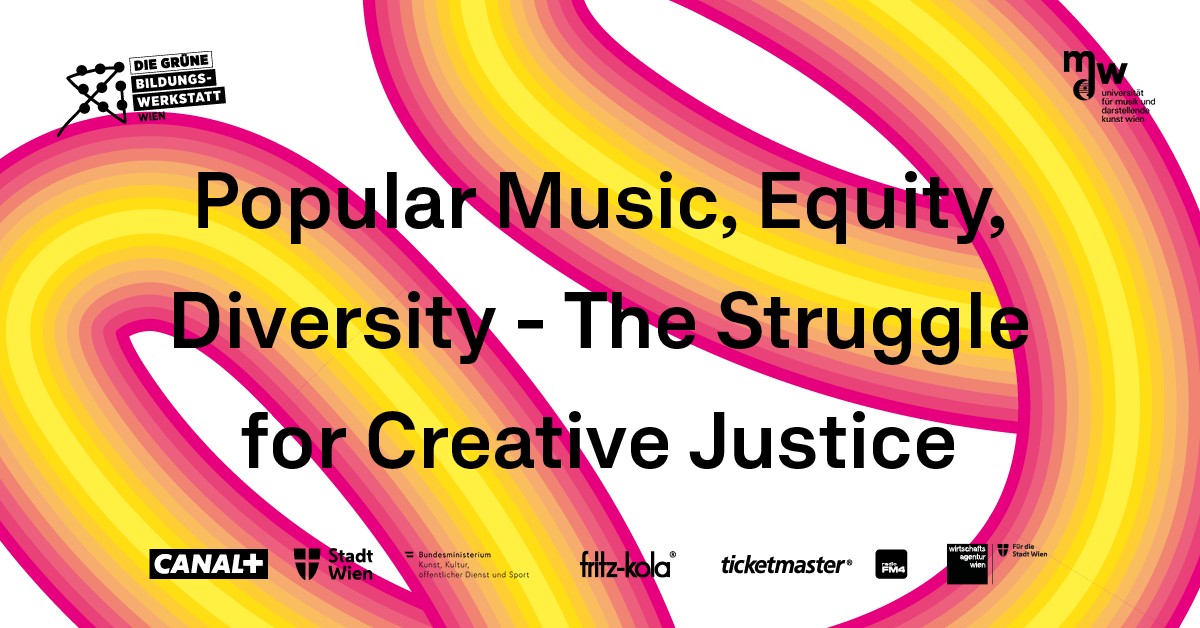